Oaklands Railway Station Project is a high profile striking architectural statement, it’s also a complex structure comprising around 200 tonnes of steelwork. Our Client Macdow knew it was important to get the right contractor onto the team as the project’s program was of huge importance to them and their client DPTI. The success of the project relied upon an incredibly smooth run and some hard work. We knew from experience that if it was coordinated and planned right, and the total construction team were on the same page, we had every chance of producing the miracle that client was after.

We instigated weekly face to face meetings during the critical model development stage, attended by construction modeler, architect, engineering, Macdow, DPTI, ourselves and any other trade that was relevant at each stage. Boweng believe that this was the key to the project’s success, as issues were worked through in real time, all parties providing input allowing modeling to progress without being held back due to frustrating RFI’s bouncing around in emails. However, the model wasn’t just progressed, the collaborative approach saw many smart design features adopted, not from any one person’s idea, but from a combination of everyone’s knowledge and varied perspectives mixed into developing the final solution. We also brought peace of mind to the technical requirements due to having been CC3 certified to the NSSCS for a year already prior to starting work. 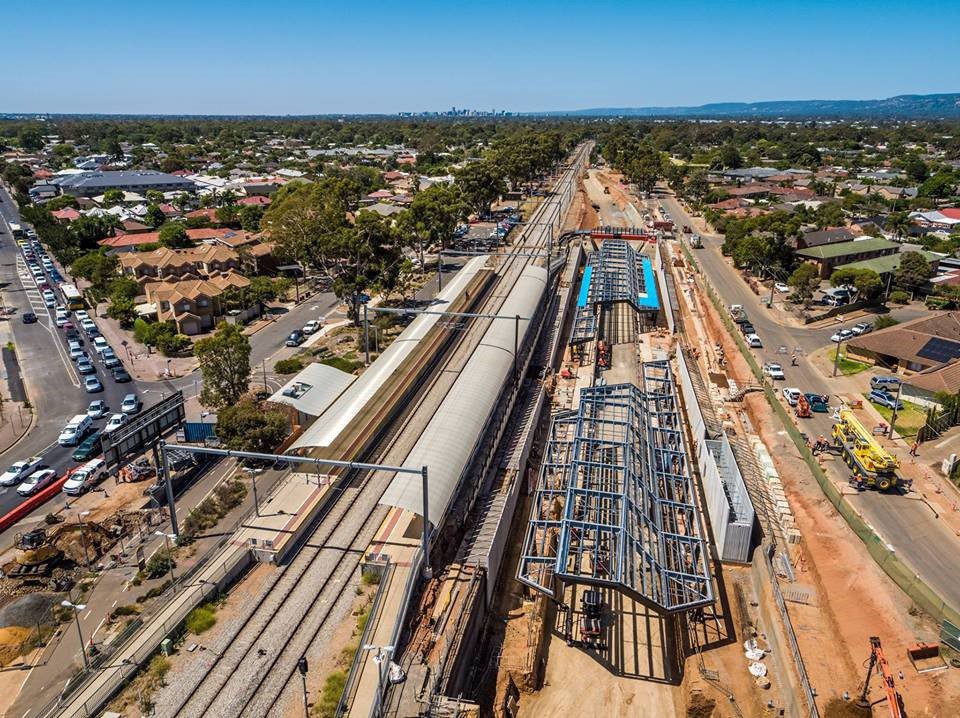 Along with the canopy at Oaklands Crossing, Bowhill Engineering also supplied the pedestrian bridge in the form of two bridge girder assemblies including anti-throw screen mullions/infill panels, internal steel cladding and external steel cladding with a total mass of 25 Tonnes. 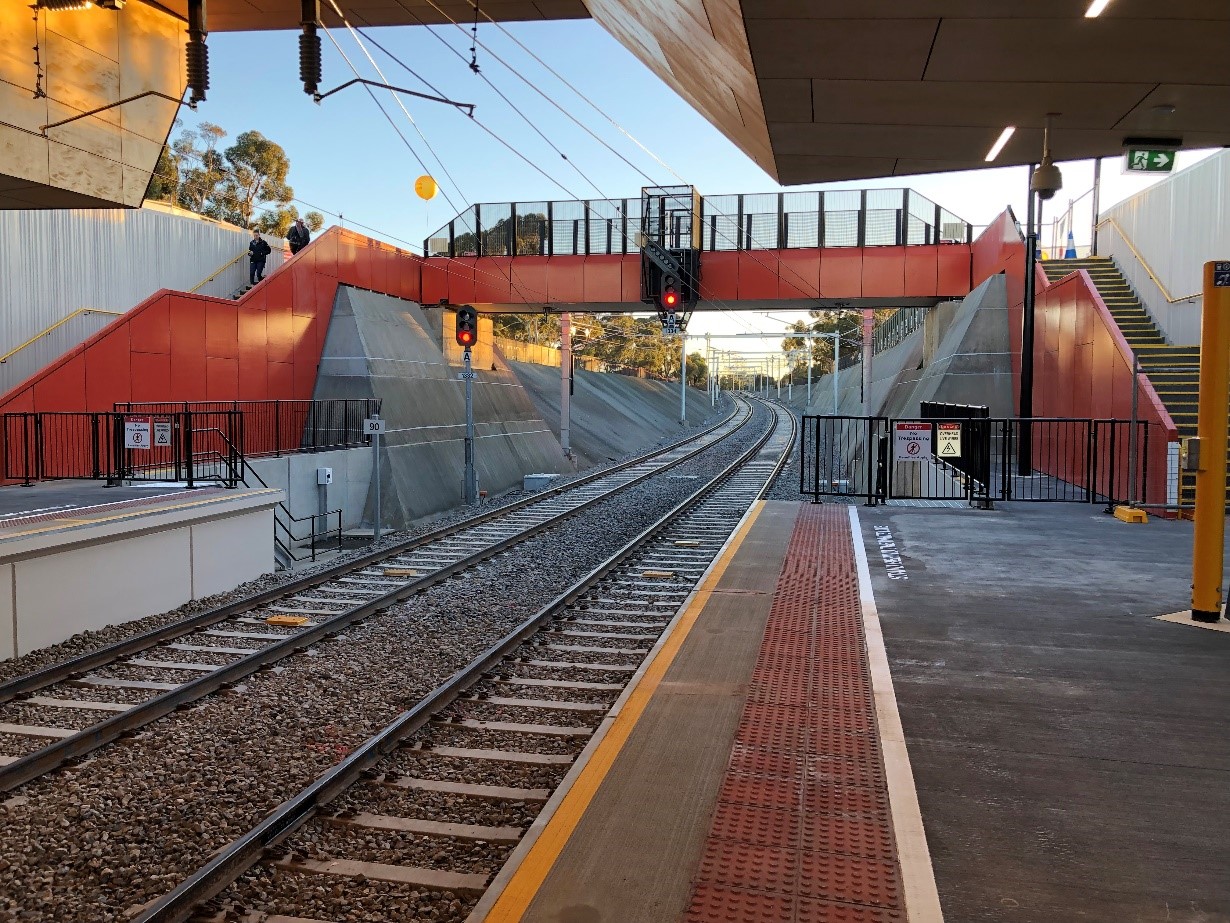 We opened the train station on Monday morning which was amazing to see.
Thank you for all your assistance to get to this point. Bowhill have been massive contributors to the project, delivering $1.5m of steel fabrication.

Bowhill’s input and interaction during the latter stages of the design phase provided the Project with some fabrication smarts which was of great benefit with both time and cost.

The detailing by Steve Wurst and Steve Bown was outstanding and they really took on the challenges put before them with the difficult geometry of the canopy structure.

The fabrication and coating performed at Bowhill’s workshop was completed to a high quality with minimal fuss and any hiccups were dealt with by Bowhill without the need for Project intervention. This is a great asset to have as a company and is exactly what the Project team is looking for in a subcontractor.

I look forward to working with Bowhill again on the next project.